Nagzira.... A jungle in maharashtra that as of now does not have that kind of glamour as bandhavgarh or kanha but sure gives a run for money when it comes to sighting tigers this season.With the news of regular sighting of a tigress and her two cubs(that are christened jay and Viru) the forest is having rush and glamor too.


We were greeted by an Indian Gaur just as we entered the gate. It was crossing the safari track along with two others.Its size can be easily gauged by the fact that a full grown gaur can cover a safari track easily. 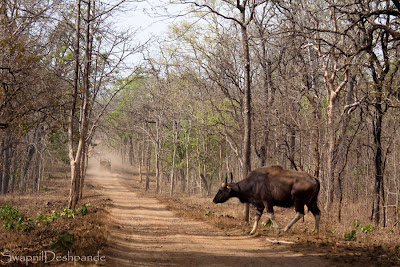 Apart from the famous tiger trio, Nagzira is also famous for wild dogs aka dhol too.Its a common sight here to see them in herds and having a breather in water holes. 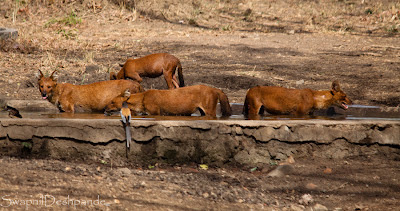 There are ample birds about 60 to 70 types of different birds that can be sighted in Nagzira. Among them I found Indian pitta most beautiful.Sighted it on a perch near the safari track. 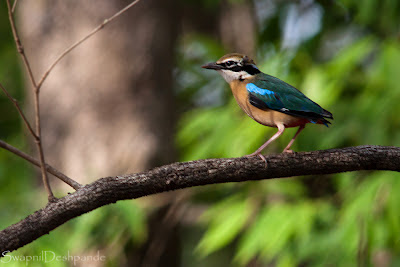 As we were venturing into the jungles we heard the news of the mother tiger sighted near the water holes.We went towards that spot soon but to our dismay we found hoards of gypsies and private vehicles.nevertheless we did sight a tiger and unsurprisingly her two cubs also joined in to give her company in the waterhole. 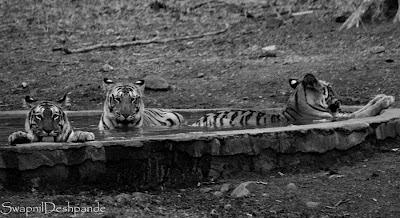 Sighting on the next day was eventful as there was news of a  kill early morning at 5 am ,which to our luck wasn't a rumor. As our gypsy approached the gaur galli road we saw the tiger cubs feasting on the sambar kill.It was kind of gross view but then this is WILD. To see the tiger with a kill is certainly something that remains in mind for a long time and also shows its character. 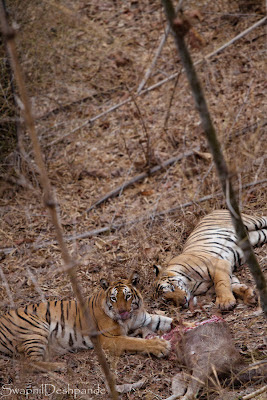 Its a treat to observe tiger behavior when it has a kill. A tiger seems to be a real glutton when it comes at chomping meat and specially when it is hungry.
It was surprising to see one of the tigers guarding the kill and the others taking turn to be at the waterhole for quenching thirst after heavy meals. 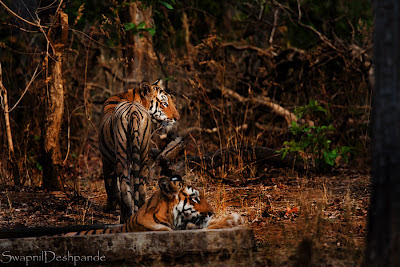 Above picture shows the A-mark mother tiger with its son,and other son meanwhile guarding the hunt. After these two departed the other tiger came in and did the same. 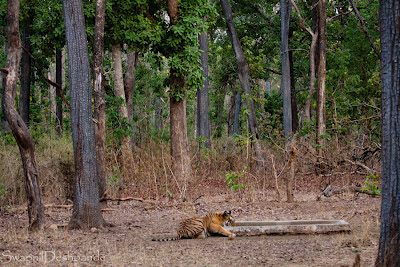 A typical Nagzira scape with its artificial water holes and tiger quenching its thirst.
Many moods of the tiger can be captured specially when its a cub since it is very inquisitive of its surrounding. It even smells trunks and other such objects out of sheer curiousness. 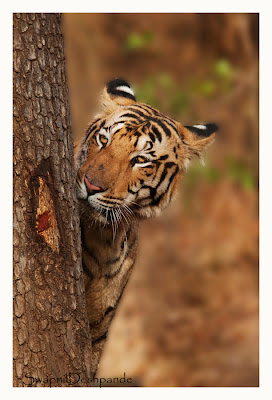 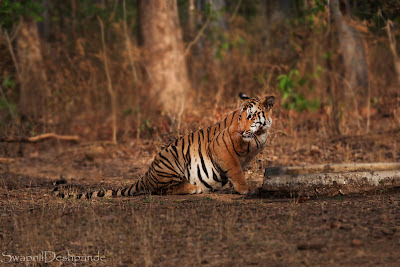 A tiger cub is also wary of the sounds and is very probing about them. A pic shows its alertness as a vehicle honked an unnecessary horn.A typical problem in nagzira as the forest allows many private vehicles along with the gypsies for the safaris.Inspite of forest guards trying to convince people to leave after 5-10 mins of sighting,adamant people dont leave their prime place of sighting which results in desperate people taking some desperate measures.


Denizens of Nagzira also include some common species like langurs ,spotted deers ,sambars etc.
The atmosphere is month of may is dry and hot and even langurs can't hide their resentment towards the heat. 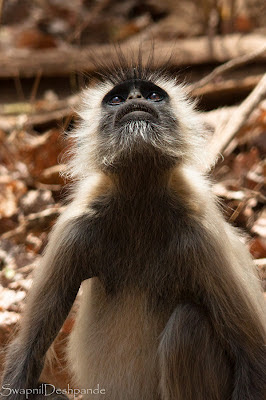 A sambhar watches closely of any vehicles around before crossing road. 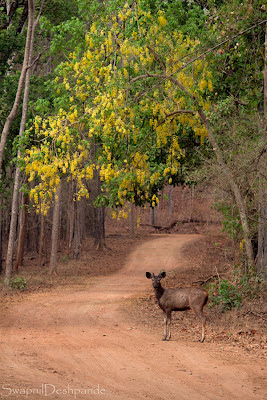 Nagzira surely is a wonderful place to be in summers with such nice sightings. As it is near to Nagpur connectivity is not a major issue.
After the rains most of the denizens move to inner parts of the jungle so sighting is rare in winters and in monsoon the park is closed. Since the siblings and mother tiger are bonded together ,sighting was comparatively easy.After the two male cubs seperate and form their own territory sighting them would not be so easy.
Still we'll be waiting for the new cubs and have a dejavu of these scenes ....along the gaur galli road or the water holes......its now that I realize why wildlife photography is also called natural history photography too.....memories to cherish for us as the animals perform their regular chores.........